From Ebersol to Ratings in 'A&R' Debut

A busy week-plus of TV sports news, combined with some travels, has limited my action on the blog. It's time to catch up and quickly cover a few things all at once.

That prompts the debut of "Act and React," a potentially regular feature as opposed to a make-up game. Here goes ...

ACT: Dick Ebersol leaves NBC Sports.
REACT: Wow. And the move comes with less than a month before Olympic negotiations. While those left at NBC insist the network remains interested in the Olympics, the move cannot enhance the likelihood that the Peacock Network, now owned by Comcast, will retain the rights. Then again, after striking out on recent college football deals, Comcast/NBC might want the Olympics worse than before. Ebersol's inability to come to a contract agreement for himself and remain with the company does not mean an end to his career. He's still motivated (maybe more than ever) and young. At the end of June he'll be the biggest free agent in sports. Period.

ACT: Gus Johson to Fox Sports.
REACT: A loss for the first few rounds of the NCAA Tournament, but he was unlikely to ever get a shot at the Final Four. Probably a good financial move for him, and he'll become the major college basketball and football voice for the Pac-12 Conference and probably still work Big Ten Conference games as well.

ACT: Marv Albert might be working on a deal for him to do NFL games for CBS Sports -- a more likely possibility with the departure of Gus Johnson to Fox Sports.
REACT: Yes!

ACT: Miami Heat take series lead in Eastern Conference finals.
REACT: More fans might show up at start of games to prevent shots of those silly empty seats draped in white -- reminiscent of fake snow used for by NHL on 50-degree day for Winter Classic in Pittsburgh in January.

ACT: ESPN shares research that TV sports ratings are up 21 percent over the last five years, compared to a 6 percent increase for TV viewing overall.
REACT: And that's exactly why rights fees for college conferences, and all televised sports, have gone up so significantly as the most recent deals have been announced. People are watching more than ever before. Although audiences might be splintering a bit, the numbers are still more than solid -- making sports worth spending on for TV types.
Posted by Steve Sampsell at 10:35 PM No comments:

New Show Could be a Winner for Le Batard 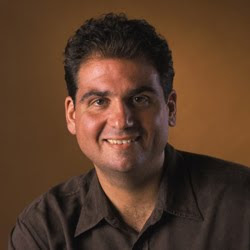 People will start deciding winners and losers as hype and reaction intensifies this week with the impending release (officially May 24) of the ESPN book -- "Those Guys Have All the Fun: Inside the World of EPSN" -- but one potential winner already has emerged and it has nothing to do with the book.

Miami Herald columnist landed Dan Le Batard a gig as host of a show ("Dan LeBatard is Highly Questionable") starting Sept. 12 on ESPN2. He'll continue as a columnist for the paper and as host of a daily radio show in Miami.

He's long been the fill-in-guest-of-choice for "Pardon the Interruption," which enhanced his visibility.

Still, this TV might be a nearly can't-miss TV opportunity. Any potential road to success for Le Batard will come (beyond his own opinion and skill) thanks to the talent and vision of Erik Rydholm, the executive producer of "Pardon the Interruption" and "Around the Horn." So far, almost everything Rydholm has touched has worked. And Le Batard is smart enough to embrace that support.

"I'm in exceptional hands," he told his own paper for a story about the show. "The creative community 'PTI' has is the inspiration for the radio show we do."
Posted by Steve Sampsell at 11:40 AM No comments:

It's Always the Money that Matters

A busy week for TV sports-related news included another major deal, a talent shakeup and a combination of a silly athlete and reactionary media that appropriately cost that athlete a sponsorship.

And all of that comes before what will be (as is almost always the case) the most-watched two minutes of the year for another sport this weekend.

First, the Pac-12 Conference joined the "haves" in college athletics thanks to its 12-year deal with ESPN and Fox. According to Sports Business Daily, the deal worth $250 million annually quadruples the league's previous media agreements. By comparison, the Big Ten's deal produced $220 million last year and the SEC $205 million. In terms of individual teams, Pac-12 newcomers will benefit the most -- once they earn full shares.

Specifically, Colorado and Utah each pulled in about $1.2 million from media rights last year. Once they're vested in the Pac-12, those annual shares will produce about $20 million. About the only loser in the deal was NBC/Comcast, which had hoped to land the Pac-12 for Versus. Without that programming, and with a pledge to find more sports for that outlet, bidding for whatever comes up next will increase. It might be the Olympics, or Olympic-style sports.

Second, Gus Johnson and CBS Sports have reportedly parted ways, perhaps because Johnson wanted more money for the same number (or even fewer) assignments. He negotiated in the same manner with the MSG Network last year and eventually lost that gig as well. He's the darling of basketball fans and he does make games entertaining. At the same time, it's fair criticism that he does over-hype games he works. It's clear he had no shot at his dream assignment -- the Final Four -- with CBS, especially with Jim Nantz entrenched as that network's lead face and voice.

Still, Johnson will continue to get work -- maybe with the Big Ten Network as he has with regularity. And, maybe with Fox (because it holds a 49 percent stake in the Big Ten Network). It'll be a shame to lose him on the NCAA Tournament, but no announcer makes people tune into games. But, if he was seeking more money and lost a chance at his dream assignment as a result, he might be kicking himself or a while.

Third, and this is Johnson related as well, the NFL Network did as expected and shook up its announce crew for Thursday night NFL games. Out: Bob Papa, Matt Millen and Joe Theisman. In: Brad Nessler and Mike Mayock. It's surprising the network swept out the whole team. Maybe not so much the talkative color commentators (although I liked them), but Papa's departure is a shame. He's solid and steady. When reports surfaced that he was asked to do a test session for the job, it seemed clear that he might go, but that's a shame.

Nessler is similarly solid but if he remains with ESPN (as reported) on college football assignments, it will make getting from NFL sites Thursday nights to college sites on Fridays for meetings with coaches another challenge. There should not be a learning curve for Nessler, but he has done less than a handful of NFL games. At the same time, Mayock deserves the in-game role, a potentially solid complement to his work on the NFL Draft. He's proven he can make cogent points quickly.

Fourth, Steelers running back Rashard Mendenhall was cut as a sponsor by Champion sportswear Thursday. That was the first public fallout from his Twitter comments early in the week. When reports surfaced about Mendenhall's Twitter account, which was not blindly supportive of the U.S. action that led to the death of Osama Bin Laden, it was pretty clear Mendenhall would would pay a price for his tweets. He's certainly guilty of being ill informed and unwise about the possible outcome of his actions. If you look at his tweets other than those about Bin Laden, he's also certainly boorish. (For those comments, he most certainly deserves to lose sponsorship.)

Still, the Bin Laden-related focus seems a bit like much ado about nothing. It's hard to believe many sports fans expect athletes to be savvy political scholars or social scientists, and because of that it's hard to believe other media members make so much of the tweets of athletes, celebrities and sports types. With direct access to share a message, though, Mendenhall might be one of the most visible casualties of Twitter. It's doubtful he'll be the last.

Fifth, and finally, the Kentucky Derby provides the most high-profile moment of the year for horse racing. In terms of TV, the event translates well and is easy to understand -- first across the line wins -- so there are no nuances for casual fans. Some of the funniest, most ill-conceived parts of coverage in recent years have been the on-horse interviews with a reporter on one horse trotting side by side with a jockey before the race or just after. Sure, it's something they can do, bit that does not mean it should be done. Of course, that would've been good advice for Mendenhall, too.

Posted by Steve Sampsell at 10:39 PM No comments:

Sports Emmys to Some Deserving Winners As networks tout their respective results from the Sports Emmy Awards, someone relatively few people watch appropriately claimed one of the top awards.

Although hockey on TV does not draw the ratings and viewership of other major sports, it does benefit from the best play-by-play man in the sport, in any sport really. And the efforts of standout Mike "Doc" Emrick were recognized as he was named Outstanding Sports Personality, Play-by-Play.

Emrick brings energy, enthusiasm and information every time he slides behind a microphone. Best of all, he knows games exist whether he's there or not. He's not the show. He simply makes the show better.

ESPN, HBO and NBC claimed seven awards each. A complete list of winners may be found here.
Posted by Steve Sampsell at 10:25 AM No comments: